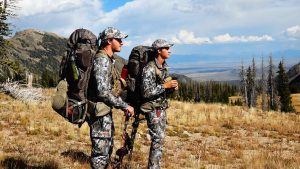 Our friends over at Mad Guy Outdoors are starting to get ready for this upcoming bow hunting season. Here’s what they’ve been working on so far and some advice they have for hunters this season.


Hunting season is right around the corner and summer prep is in full swing for us at MGO!

Between putting in food plots, hanging stands, scouting new areas, hanging/checking cameras, and that thing they call work…it’s been a crazy summer so far!

With all of the before season work being put in, one thing that at times gets shoved to the back burner, is shooting religiously. No matter how seasoned of an archery/gun hunter you are there’s never been something called “too much practice.”

One thing I’ve noticed with bow hunters, and have had happen to me, is Target Panic. It’s a dreaded affliction that makes archers pull off target or drop off target to watch arrow flight and can cause even the most accomplished shooters to pull their hair out due to exasperation. To deal with the epidemic, I found 2 things that helped me immensely. 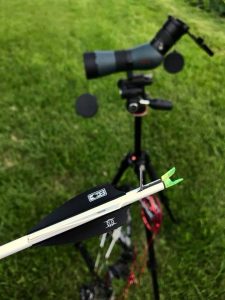 This might sound ridiculous but setting a target at chest level, walking up to just a few feet away, closing your eyes, focusing everything on draw and anchor point, and pulling through the release of the arrow time after time…it does wonders! P.S. Larger targets recommended!

This release will blow your mind. It demands good form all the way from the draw to following through the shot and the arrow leaving the string. Without any kind of a trigger present, this release fires solely on a hinged system. Once at full draw and settled for the shot, basically continue pulling through the shot and this slight movement causes the hinge to rotate off the D-Loop resulting in that “surprise shot”. The way it’s helped me is instead of waiting for that pin to cross the target I’m aimed at and then hurrying and punching a trigger (which will result in dropped or pulled shots) I have to concentrate my efforts to keeping that pin settled in the center of the target with my bow hand and pulling my shot through. Once you get used to the surprise shot, groups will start to tighten.

Note: Before buying and immediately taking your newly acquired fancy hinge style release, drawing back and beginning to sling arrows down range, be warned this release has been known to bust noses due to that “surprise shot.” Go to a bow shop and get an in person lesson….your face will thank me later. 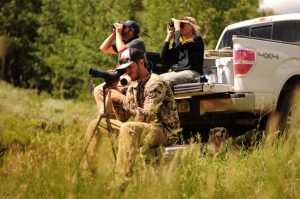