ProStaffer Ben Fleenor Updates Us On His Season This Far

Our ProStaff member Ben Fleenor had an awesome update on his season for us so far! We love hearing from our ProStaffers and are excited to share his words, pictures, and a little bit about him as well.

Ben’s Season So Far This Year 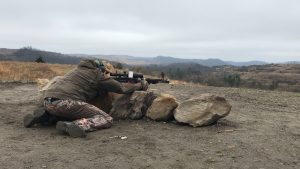 “On 03/02/19 I shot The Deplorable Riflemans Club Shooters Challenge Match. This was a PRS Club Series match that was held in Hazard, KY. I took my JP Enterprises LRP-07 6.5CM equipped with my Athlon Cronus BTR rifle scope to this match and was able to come away with an 8th place OA finish out of 49 shooters. Not to shabby with my gas gun at a bolt gun match. This was probably the hardest match I’ve shot to date. They used very small targets at extreme distances and had us on some very difficult barricades. The winner of the match only shot 51% of the targets if that tells you anything. None the less, I had a good time. I was able to take 3 new shooters with me and introduce them to the sport, so that’s always a good thing. 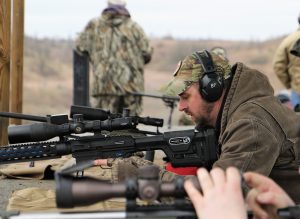 Next, I competed in A Day in the Arena on 03/30/19 at Arena Training Facility in Blakely, GA. The facility down there is top notch and I had an excellent time. This was a precision gas gun series hosted by two guys from Knight’s Armament Corp. For this match I took my JP Enterprises LRP-07 .308 equipped with a Cronus BTR and competed in the TAC Heavy division. 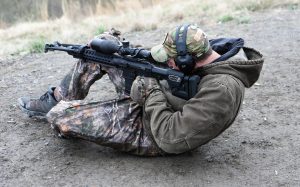 I was able to pull off a 2nd place finish in my division and landed 8th overall out of over 50 shooters. I’m pretty happy with that. Most target engagements were inside of 800 yards with a bonus stage where we engaged (and I hit) a target at 1180 yards. I am still impressed every time I use my Cronus scopes as the tracking is always spot on and they have never let me down. Some cool things about this match were squadding with Tom Fuller from Armageddon Gear. He is a class act and someone I have looked up to in this sport. I ended up having dinner with Tom, a couple members of the Army Marksmanship Unit, and the match directors afterward, so that was fun. The other neat thing about this match is Donald Trump Jr. was running around the facility while we were competing. He apparently was taking delivery of his new MPA rifle and getting private instructions with it while he was there. He spoke with the whole crowd after our awards ceremony and we got a group picture with him.” 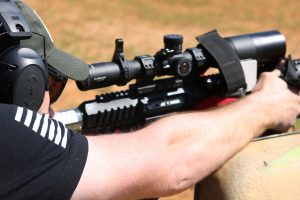 Ben currently lives in East Tennessee with his wife Lorie and two sons, Dryden (age 9) and Joe (age 6). As an honorably discharged Veteran of the US Navy, Ben was deployed from 2006-2007. Ben holds a BA in Marketing from King University located in Bristol, Tennessee. He helps co-manage a 480 acre horse and cattle farm and is also owner of Cold Spring Enterprises LLC – Licensed FFL.

Ben became interested in competitive long range shooting in 2017 and has been passionate about it ever since. In 2018, Ben earned his first win at a 1 day match, finished top ten in multiple other 1 day matches, scored a 7th place at a 2-day PRS, and was able to finish 6th overall in the Open division of the PRS Gas Gun Series. 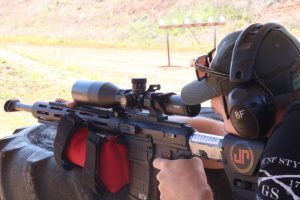 In 2019, Ben will be representing JP Enterprises as a member of Team JP and Athlon Optics as a member of the Athlon ProStaff. Shooting competitively has allowed  Ben to Meet some very exceptional people. One of those people is Rick Cicero with HAVA (Honored American Veterans Afield). After meeting Rick, Ben was invited to help teach long range at a Learn to Shoot Again class in Central Florida. Ben looks forward to further working with HAVA and is also excited to be partnering with JP Enterprises to provide knowledge, rifles, and other equipment for these classes.